Iowa City Owl
Mar 31, 13 at 6:26pm | Nicole Fulmer
April Fool's Day is tomorrow, and the pranks will all be around. Many websites have their pranks in store for this year, and Google is one of these sites. Google will be changing its Map service to a treasure map to join in the April Fool's Day fun.

Last year, Google launched an April Food's Day prank with an 8-bit version of its Google Maps service. The prank went over quite well, so Google has decided to do it all over again.

This year, though, Google Maps will become Treasure Maps. 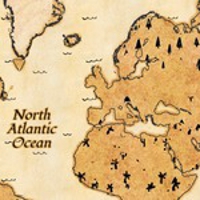 The new Google Treasure Maps feature will literally transform the maps service from its regular view to a treasure map, complete with a variety of different symbols that are all in code.

The codes are all translated in many different ways, depending on the particular code, following a sort of "Da Vinci Code" pattern.

The codes can be deciphered in many different ways. You can see the codes by doing very simple things such as holding your device to the light.

You can also see the codes by doing much more dangerous things that are labeled not to be done at home. These are just for fun, of course.

The maps themselves have X's on them to mark special spots, such as Treasure Island in San Francisco, because a treasure map of course has to have places on it that have treasure.

Tomorrow, when you go to Google, you can click on the "Treasure" icon and view all of Google Maps as a giant treasure map.
Please login to post.