Iowa City Owl
Mar 24, 13 at 1:31am | Nicole Fulmer
Recently, rumors have been flying around about companies that will be introducing a brand new product to the market. They will be bringing about smartwatches, which are a combination of smartphone technology and wrist wear.

There is one problem with this, though. There has not been much interest yet in the technology of smartwatches. Who wants them? Will they even sell at all? 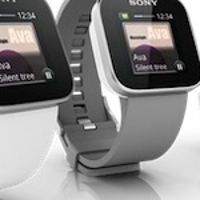 The idea behind the smartwatch is to make life much easier for many people. The technology will create a link between your smartphone and your watch. This way, you won't have to take your phone out of your pocket to check it.

Once again, the problem is obvious. Phones are not very difficult to take out of your pocket, and most people will not spend several hundred dollars to avoid taking their phones out of their pocket.

Companies are in a frenzy, though, according to a recent article on zdnet.com. This is because of of the rumors being released about the development of an iWatch.

The article notes that there are several smartwatches already out, and they are not big sellers as of yet, so the iWatch may not even take off, and the other watches may not, either.

This may not exactly be a good investment for many companies at all, and it may turn out to be a waste of effort.
Please login to post.