Iowa City Owl
Mar 17, 13 at 12:16am | Alexis Jones
The newest operating system from Apple is expected to be released this summer, and Apple users are already looking out for what they can expect from it. 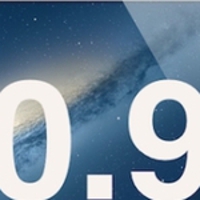 Apple's last operating system, Mountain Lion, was released about six months after it was previewed, which was in February of last year. The software was released in July. Viewers are expecting previews of what is coming next for Apple in the next few weeks.

Reports are on hold for the time being, as they are waiting on the preview of the new "cat" to be released this year. It is an assumption, of course, that the new software will be named after some sort of cat, as all of the OS X software has been named after it thus far: Cheetah, Snow Leopard, and Mountain Lion.

There are also rumors that the beta testing version of this software has been released on some machines already, and some new machines will be running it upon purchase. These reports happened before Mountain Lion was released last year, and it seems to be a common trend with Apple products, suggesting the company actively tests their software before releasing it to the public.

The biggest speculations, however, are about what OS X 10.9 will feature. Some think that Siri will be featured on the Desktop in the new version of the software, and many believe that they will see Apple Maps on it. There have been hints to confirm both of these, but it is unsure as of yet.

Apple has not leaked the word on the new software. They are remaining tight-lipped until they release the preview to the world.