Iowa City Owl
Feb 17, 13 at 5:23pm |
Apple recently leaked information about their new device, the smart watch, recently. This device will change the the world of watches and portable devices.

Unfortunately, Apple is not the only one on the ball. Samsung has released their own concept leak of their model of a similar new development.

Apple has released a leak about what will probably be their iWatch, a device that combines smartphone technology with a highly fashionable watch.

Apple has been working with Foxconn on the new watch, which is said to have the iOS technology, the newest design of Apple-manufactured software. It will have a curved screen so it fits around the wrist comfortably. 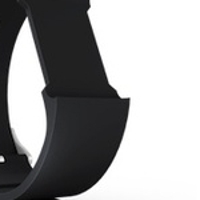 Less than a week after this had already happened, Samsung released their own leaks of their watch design.

The Samsung Altius the new watch developed by Samsung that combines the smartphone and wearable technology. It is rumored to have the newest Android technology, a unique nearly black and white screen, and Korean programming technology.

According to an article on the Information Week website, the design would have both a watch screen and many smartphone features as well. The screen will probably be touch screen as well.

There is no indication of a size on the new Samsung smart watch, but there are hints it may be slightly larger, but not more, than other smart watches that are already on the market.

It looks like Samsung has matched Apple again in the technology field.

Neither company has nailed down any of the release information as of yet, and there is no hint that it will be soon.
Please login to post.